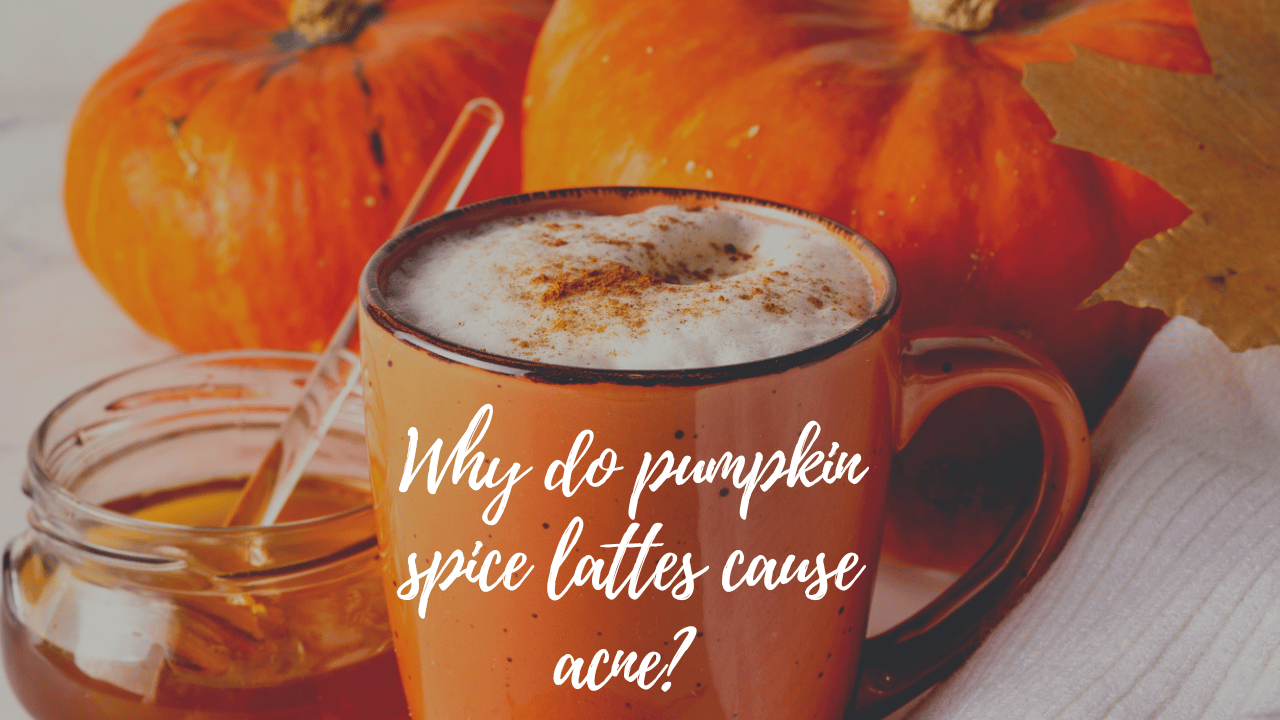 Pumpkin spice lattes are the most popular fall drinks, and although they may be delicious, they are one of the biggest acne triggers, the main culprits being coffee, milk, and sugar.

Although no studies have been done to provide a conclusive answer when determining whether or not coffee can worsen acne, the potential effects should be taken into account.

It is worth noting that everyone's skin reacts differently to different ingredients, so what may cause one person to break out may not have the same effect on another.

Therefore, it is important to pay attention to your own skin's reaction to coffee to determine whether or not it is a trigger for you.

It's the caffeine in coffee that contributes to acne in more than one way. For one, caffeine — a stimulant — increases stress, so as your body perceives stress, your adrenal glands — i.e., the two small, triangular glands that sit on top of your kidneys — make and release the hormone cortisol into your bloodstream.

High cortisol levels can cause an increase in the production of sebum — i.e., the oily substance that lubricates and waterproofs your hair and skin — which can then lead to clogged pores and breakouts, and because it thins your skin, it causes premature aging.

Caffeine is a diuretic, meaning it helps expel water from your body, so when you drink coffee, you'll likely need to urinate more frequently.

This increased urination can lead to dehydration, and dehydrated skin is more susceptible to breakouts because it compromises your skin barrier.

A compromised skin barrier allows water to evaporate, and as a result, your skin tries to overcompensate for the lack of moisture by producing more sebum, which leads to clogged pores.

In addition, caffeine consumption may lead to changes in estrogen levels — although this varies from person to person — which causes an increase in sebum production and, as a result, breakouts.

A study of 250 females found that consuming 200 mg of caffeine every day raised estrogen levels in Asian participants but lowered it in white participants.

Coffee can cause your body to produce less of a protein called sex hormone-binding globulin (SHBG), which binds to estrogen in the blood. When there is less SHBG, more free estrogen floats around, and too much estrogen can lead to acne.

Now that we've covered coffee let's move on to milk. Researchers believe milk may contribute to acne breakouts, although the exact mechanism is unclear.

Some dermatologists suggest that acne flare-ups may be most influenced by the amount of milk consumed rather than the type.

Others have hypothesized that breakouts could be caused by the artificial and natural hormones present in milk.

And limited research has suggested a possible link between whey protein and pimples based on case studies of athletes whose acne improved after cutting out whey supplements.

According to a study published in 2016, out of 225 teenagers — between ages 14 to 19 years — those who drank low-fat or skim milk were more likely to have acne than those who drank whole milk.

The same year, another study was performed on more than 1,000 adults and found that whole and reduced-fat milk were linked to the appearance of pimples in more than 1000 adults.

Moreover, a study looked at the relationship between milk and acne in over 47,000 nurses diagnosed with acne as teenagers. The study found that nurses who drank the most milk were more likely to have acne than those who consumed the least amount of milk.

Follow-up studies were conducted on teenage boys and girls, and the results were similar.

Just like coffee, several studies (like the ones demonstrated above) have shown an association between milk consumption and acne, but it is difficult to determine whether milk is causing the acne or if there are other factors involved; potential causes of why milk can cause acne are:

Some experts believe that the hormones in milk may contribute to acne breakouts.

Milk contains androgen hormones, which have been associated with the formation of acne for many years.

One particular androgen is testosterone, which is known to cause breakouts.

Dihydrotestosterone (DHT) is a by-product of testosterone that stimulates the sebaceous glands, resulting in oilier skin that is more prone to pimples and acne.

Not Just a Male Hormone

Testosterone is a hormone typically associated with men; however, although in smaller quantities, women also produce testosterone.

An increase in testosterone levels can lead to several changes in the body, one of which is acne.

One of these hormones is the IGF-growth factor which in humans it peaks during adolescence when acne is at its worst.

Research suggests that this, along with testosterone and DHT, can trigger acne flare-ups.

Studies have found a correlation between high milk consumption and high IGF levels, with skim milk having higher IGF levels than whole milk.

Due to the processing of skim milk, which often includes adding whey proteins for a creamier texture, evidence suggests that these proteins have been known to contribute to acne development.

Some experts believe the hormones in milk may cause inflammation in your body, and systemic inflammation is known to contribute to acne breakouts.

With that being said, it is challenging to conduct definitive research on this topic because it is difficult to create an adequate placebo for milk.

Thus, while the association seems clear, and there's enough evidence to strongly suspect that dairy milk plays a role, much remains to be learned about the link between dairy and acne.

Last but not least, let's not forget about the sugar content in pumpkin spice lattes. There is a lot of research that has shown that there is a relationship between sugar and acne.

When you consume sugar, your blood sugar spikes, and your body releases insulin in response which increases IGF-I levels (insulin-like growth factor-1), a hormone that plays a role in the development of acne.

In fact, a study found that people with higher insulin levels were more likely to have severe acne.

This spike in blood sugar causes inflammation, breaks down collagen and elastin, and makes your skin produce more oil, all of which can lead to redness and swelling, premature aging, and acne.

If you're someone who is prone to acne breakouts and are looking to avoid acne this fall, it's probably best to skip the pumpkin spice lattes.

A healthier alternative is to make your own autumnal drink with sparkling mineral water and juice because it will still give you antioxidants to counterbalance the body's stress response and a taste of fall without causing an acne breakout.

With that being said, if you dread the breakouts but love pumpkin spice lattes and can't resist — while it's true that the drink can cause acne — there are a few things you can do to minimize the risk of breakouts.

Try switching to almond, cashew, or other nut-based milk, which are much safer alternatives to regular cow's milk. And ask for less coffee and pumpkin spice syrup to be added to your drink; also, using these 10+ best Halloween skincare face masks will help keep your skin healthy.

Everyone's skin is different, so while these tips may help, you may or may not be able to enjoy a pumpkin spice latte without any adverse effects.

The best way to find out is to pay attention to your skin after you have a pumpkin spice latte and see if you notice any changes. If you do, it's probably best to avoid them in the future.

Moderation is key; too much of anything can be bad for you, even something as innocuous as pumpkin spice lattes.

Will giving up coffee improve my skin?

Yes, giving up coffee will improve your skin, and here are all the reasons why.

How do you detox from coffee?

Gradually reduce your coffee consumption over a period of two to three weeks to help you successfully change your habit without causing withdrawal symptoms.

How long does it take to detox from coffee?

Caffeine withdrawal symptoms last at least 2 to 9 days and people who suddenly stop consuming caffeine after regular use will usually feel withdrawal effects between 12 and 24 hours after stopping.

Although symptoms may vary from person to person, abruptly stopping caffeine consumption can lead to withdrawal symptoms like headaches, fatigue, and irritability, so if you're trying to cut down on your caffeine intake, it's best to do so gradually.

« Should you use affordable cosmetic products? 8 Best Tips To Find Affordable High-Quality Cosmetic Products
10+ Best Halloween Skincare Face Masks to Get You Into the Halloween Spirit » 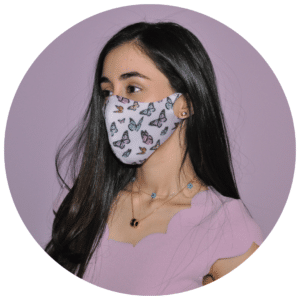 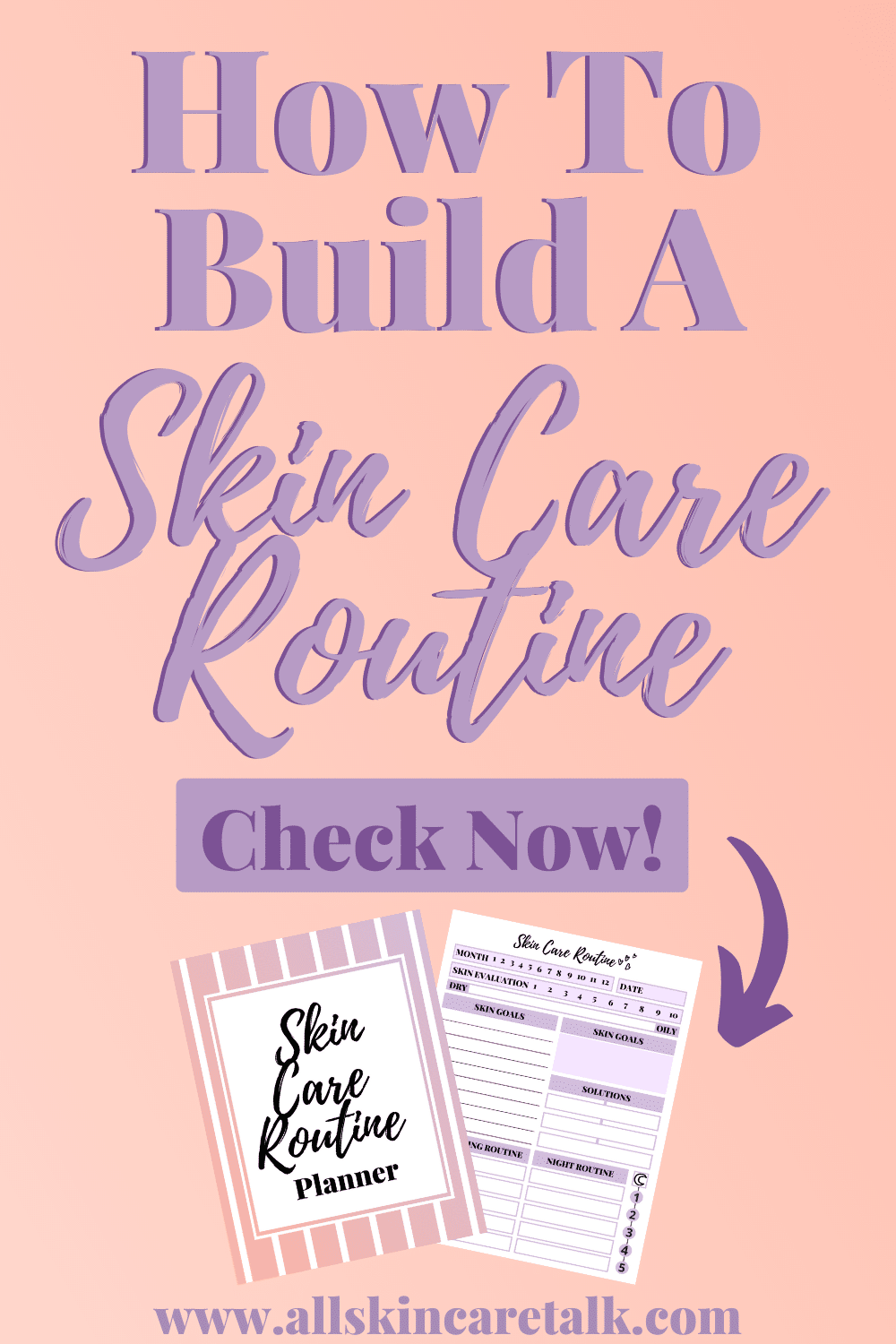